It’s time to reflect on what happened, but keep my eyes set firmly towards the future. I had lots of summer adventures and a bit of travel, new cameras, experiences, changes of direction, experiments, dreams dreamt and dreams that came true.
One of our summer constants are the early evening dips in the lake. On this occasion we took hummus (of course), bread, cherry tomatoes, avocados and a bottle or three of white wine. I put my pinhole camera in a plastic bag and waded in to the water with it. It leaked. I did get a couple of pictures though, and I’ll show you those later. I’d just got a Holga with an expired roll of colour film, and took that along, not expecting much to be honest. I got these and was pretty happy. I mean, I’ve got to have at least one double exposure and what’s a light leak or two amongst friends, eh? 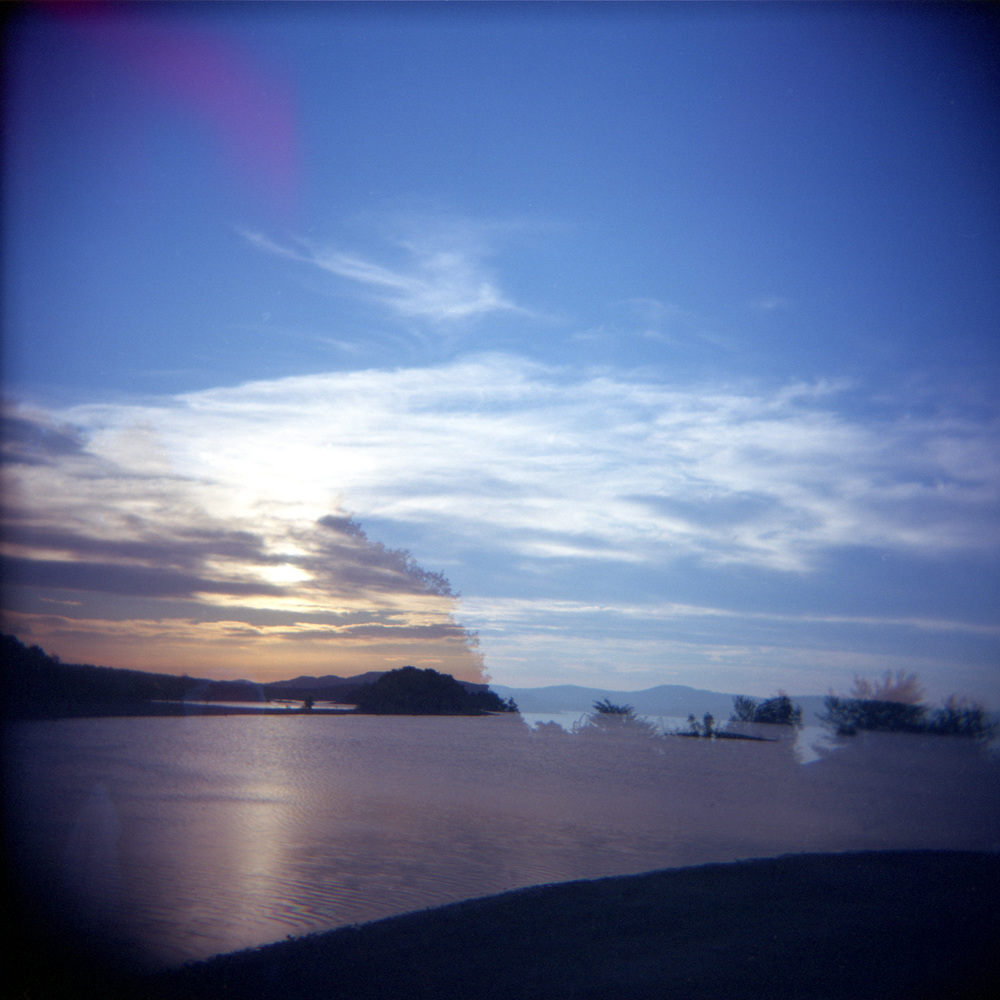 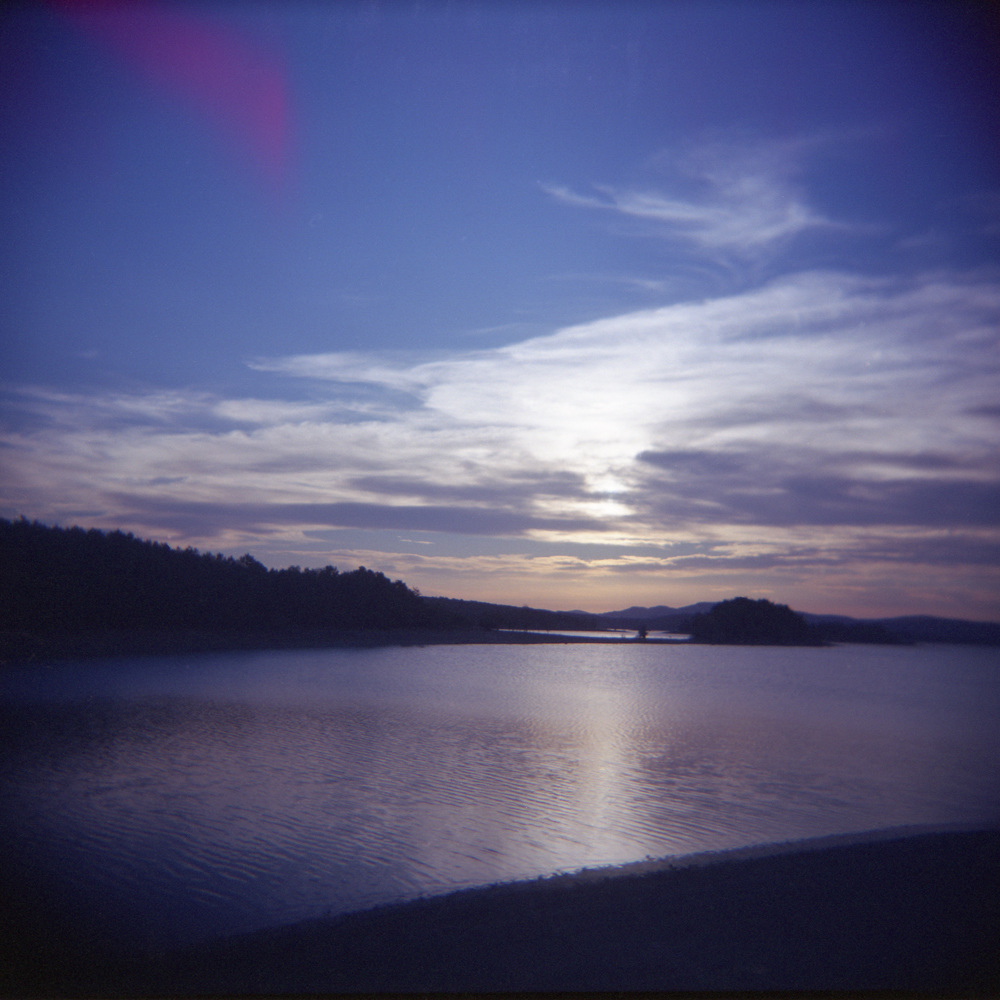 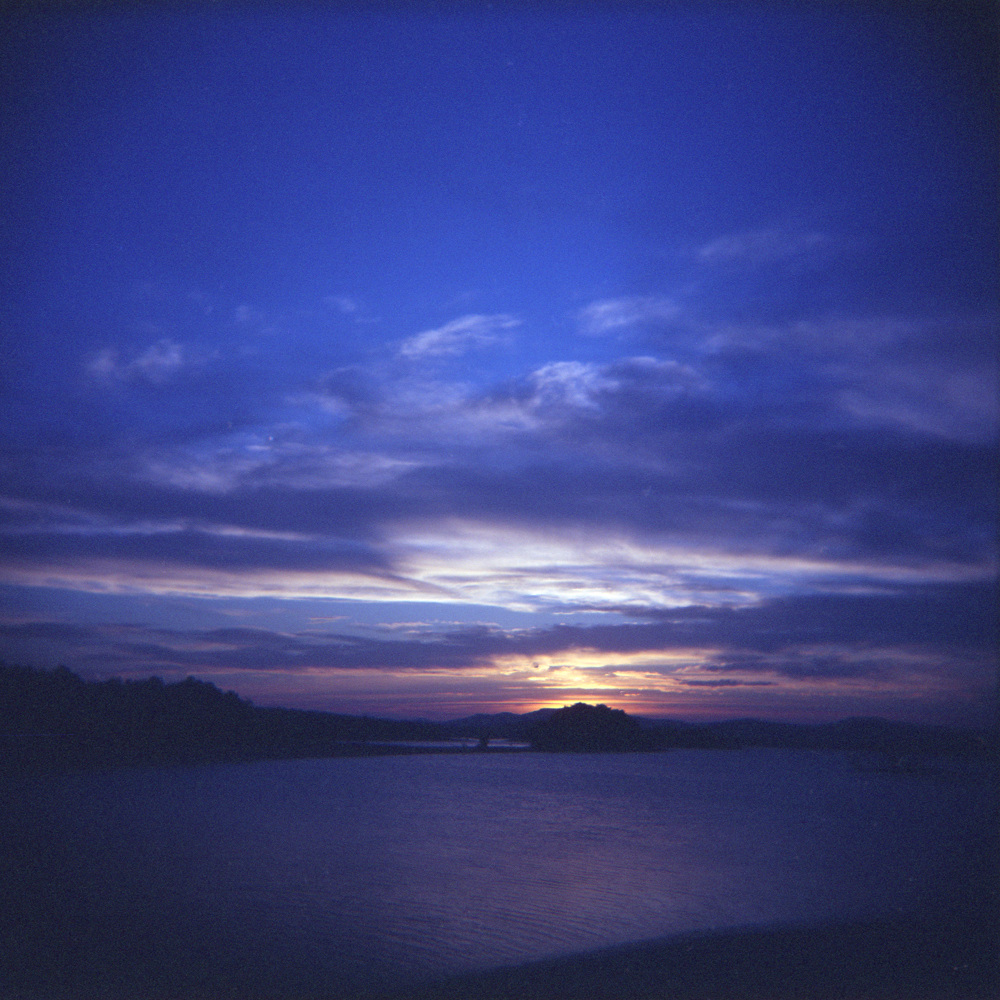 We swam, we chatted and we watched the sun go down. I’m so fired up by the idea of artists collaborating and I was off, thinking of JMW Turner and John Singer Sargent getting together over hummus and a bit tipsy on the chilled chardonnay, enthusing over the streaks of coral, purples and turquoise and the puffs of cloud. Ok, so JSS was only one when Turner died but that’s the thing about fantasy, things can be whatever you want.